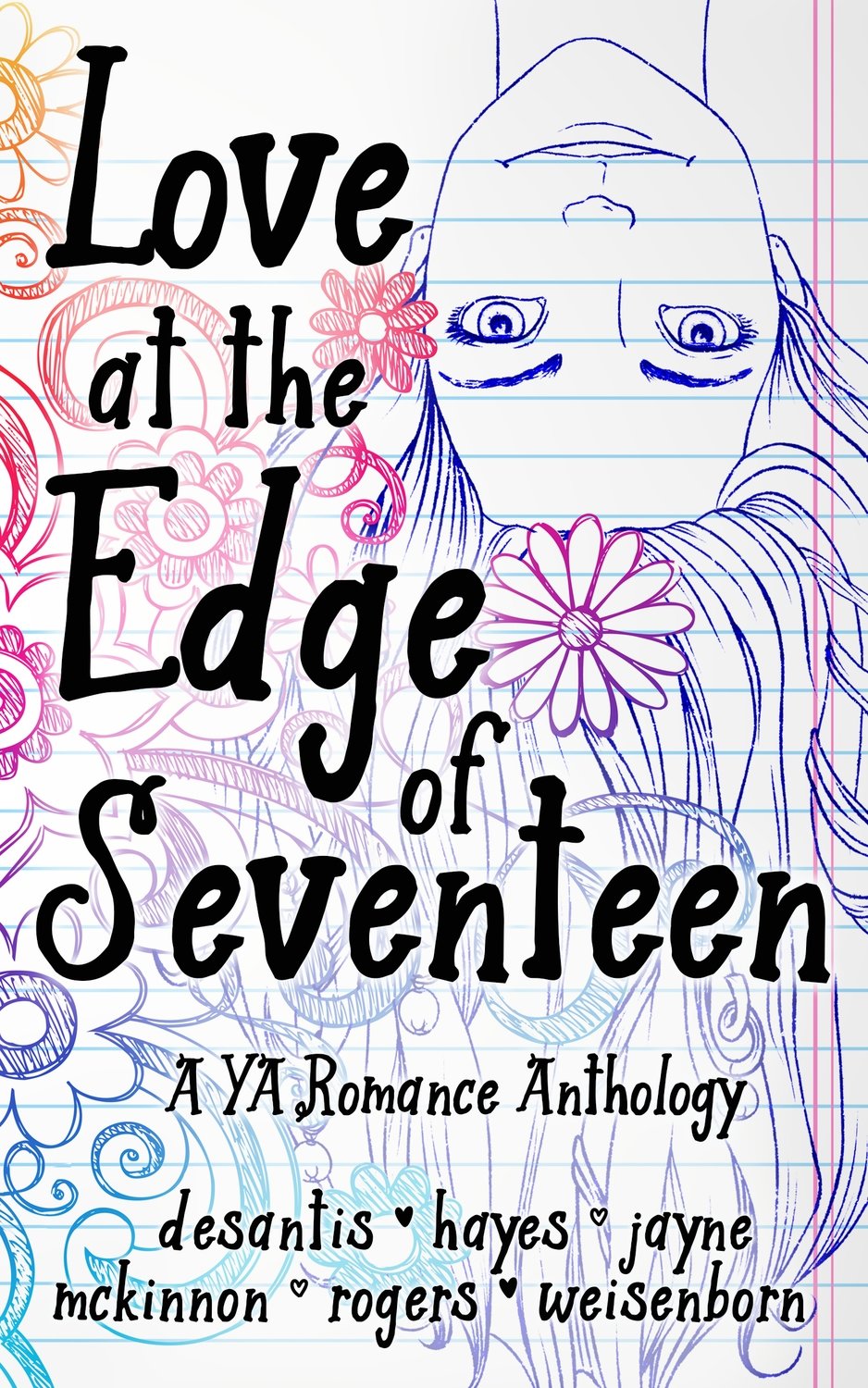 Love at the Edge of Seventeen

It's never easy to go through the fraught transition into adulthood, but the teens in this anthology have more to deal with than most: super powers, magic, illness, prejudice against sexual orientation and gender identity, and even death. Fortunately, they all find love at the edge of seventeen.

Teen love...with superpowers.
Because high school with superstrength isn't tough enough, Emma's parents are members of Ren-X, an international superhero taskforce that tracks down villains who can null superpowers. When a report comes in of a potential null threat at school, Emma brushes it off. She's got bigger fish to fry, like asking her best friend Brandon to prom. But when Emma trips in the cafeteria and her power kicks-in, Brandon nulls her, saving her from exposure. Is her best friend and potential prom date the threat?

A.E. Hayes - "Her First Fever"
Can a smart, stubborn girl look past the things she desires the most in life to help out her annoying, enigmatic biology partner - even if helping him comes with an emotional price?

Madeline Banks has her entire life planned out: graduate high school, go to an Ivy League college, attend medical school, and work as a doctor to help those with life-threatening diseases. Her biology lab partner, Johnny Rhodes, seems to have his life planned out as well: do as little as possible and then skate through life effortlessly. But when Johnny stops attending school, and Madeline learns the truth about the boy who has annoyed her from the moment they met, will her exasperation and dislike turn to compassion and romance?

Born klutz Xander Kruglov has twenty-four hours to learn how to raise a zombie, but he's unable to revive a half-dead cactus, let alone an actual corpse. If he fails, his parents will ship him off to Russia to study necromancy. Xander can't bear the thought of moving away from Shay. Not only is she his best friend, he's fallen hard for her. Luckily, Shay's ready to run with her risky Plan B.

Ava is an introvert and curvy, with huge self-esteem issues. Sam is a wrestling star with a secret--he likes girls and boys. Noah is transgender and has a huge unrequited crush on his two best friends, Ava and Sam. But what if it isn't unrequited?

Mary Rogers - "The Crayon Thief"
The last time they talked, he stole her crayon. Now he wants to take her on a date. But why?

Tessa doesn't like to make waves. She studies hard, keeps her head down, and doesn't get involved with the popular kids. Until Randall asks her out. Randall, who everyone knows is dating town princess Susan. But Randall has secrets of his own, and they might mean a very awkward situation...or Tessa's happiness.

Kylie Weisenborn - "Now I Am"
Annalyn is dead...so what is she waiting for?
Eighteen-year-old ghost Annalyn Caldwell lives a lonely--and fairly boring--existence haunting the abandoned house in which her family once lived. When a handsome stranger moves into her home and into her life, she has only one choice: move on or be erased from existence forever.

Save this product for later
Display prices in: USD